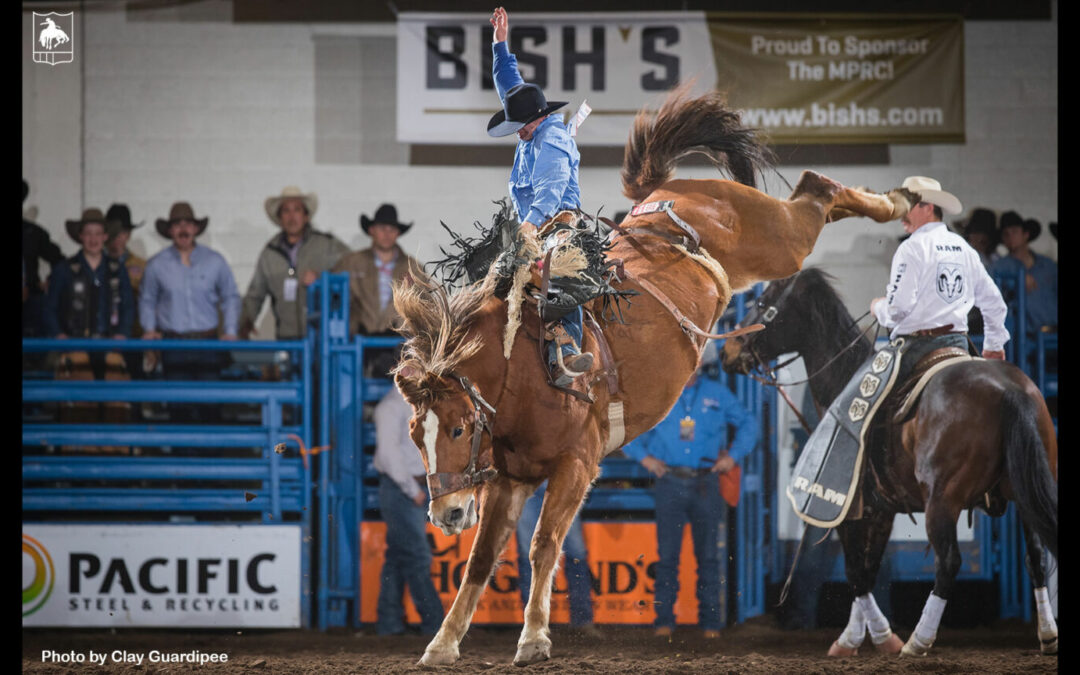 Inside the chutes, it was quite a weekend for the hometown cowboy. Jesse Kruse captured the win with 235 points on three head, bringing home the title with an 83-point trip on J Bar J’s Stacked Deck. He earned $9,455 in the three-day span. The saddle bronc rider admitted it wasn’t his best showing. But in rodeo, you need not apologize for winning.

“I definitely drew good. I thought I could have ridden better on all three of them, but it ended up working out,” said Kruse. “So, a guy can’t complain.”

The three-time NFR qualifier is proud of his hometown, Great Falls. The passionate fan base gives Kruse an electric roar, motivating the cowboy to deliver some of the best performances of his career.

“The Montana Pro Rodeo Circuit Finals is pretty special in my opinion. I’m a home-towner and I definitely can feel the energy in the crowd for me,” Kruse admitted. “Even the other guys, they know a good ride and it’s pretty cool to hear them let loose, no matter what.”

The win provides the 2009 PRCA Saddle Bronc Riding World Champion a chance to compete in the NFR Open this summer. Kruse believes it’s the opportunity he needs to reach the NFR for the first time since 2011.

“It’s always good to be riding well and get the chance to ride at these big rodeos. Hopefully it helps me get a better chance of reaching the finals,” said the 36-year-old. “I hope to stay healthy and keep it going.”

Kruse plans to attack rodeo full-time in 2023. As he continues his trek back to Las Vegas, the cowboy hopes to enter as many rodeos as they’ll let him in.